Back to all news and results

Paul Neal "Red" Adair (June 18th, 1915 - August 7th 2004) was a renowned oil well firefighter. He specialised in extinguishing the most dangerous oil fires in history. This is his story.

Virtuoso Icons is a series of blogs recounting the achievements of history-makers who inspire the Virtuoso Legal team. This entry is dedicated to Red Adai, the specialist oil-well firefighter who was called upon time and again to extinguish fires beyond the capabilities of all others.

Beginnings, against the odds

"Red" Adair was born Paul Neal Adair in Houston, Texas on June 18th 1915.
Son of an Irish blacksmith and one of 8 children, Adair spent some of his early days in an orphanage.
It was here that he first developed his instinctive fearlessness against outsized opposition:
"I was always at the front of a fight because I was always the smallest", he noted about this time.
Later, during World War 2, he served in the 139th Bomb Disposal Squad in Japan. This provided Adair with a unique capability to calmly deal with highly dangerous and time-critical situations.
"With bombs and fires, you only get one mistake."
This mindset was something that he brought back to civilian life in what would become a legendary career as a specialist oil firefighter.
Throughout this storied career, Adair would be called upon to extinguish the oil fires of the magnitude beyond the capability of others.
When all hope was lost, and quick, decisive action was required - Red Adair was the person to call.
Before his retirement, Adair would extinguish over 2,000 oil fires.
Below are a few notable examples.

The so-called "Devil's Cigarette Lighter" was a natural gas well fire in Gassi Touill in the Sahara Desert in Algeria.
The fire was ignited when a pipe had been compromised on November 6th, 1961. This led to an immediate crisis. The flame's height reached 800 feet and could be viewed from orbit.
The fire was fuelled by 550 million cubic feet of gas per day.
The sheer scale of the firestorm led many experts to state that they believed it could not be put out.
Having burned for 6 months, Adair and his team were called in to extinguish the blaze.
This was achieved through the decisive use of explosives as a means to deprive the fire of oxygen.
The quick and decisive resolution established Red Adair and his team as equipped for dealing with truly exceptional circumstances.
Infamously, a character based on Adair would be depicted by John Wayne in the film "Hellfighters" as a consequence, leading to increased prominence and fame.
This was Adair's breakthrough moment - leading him to become the man to call when the task was beyond anyone else. 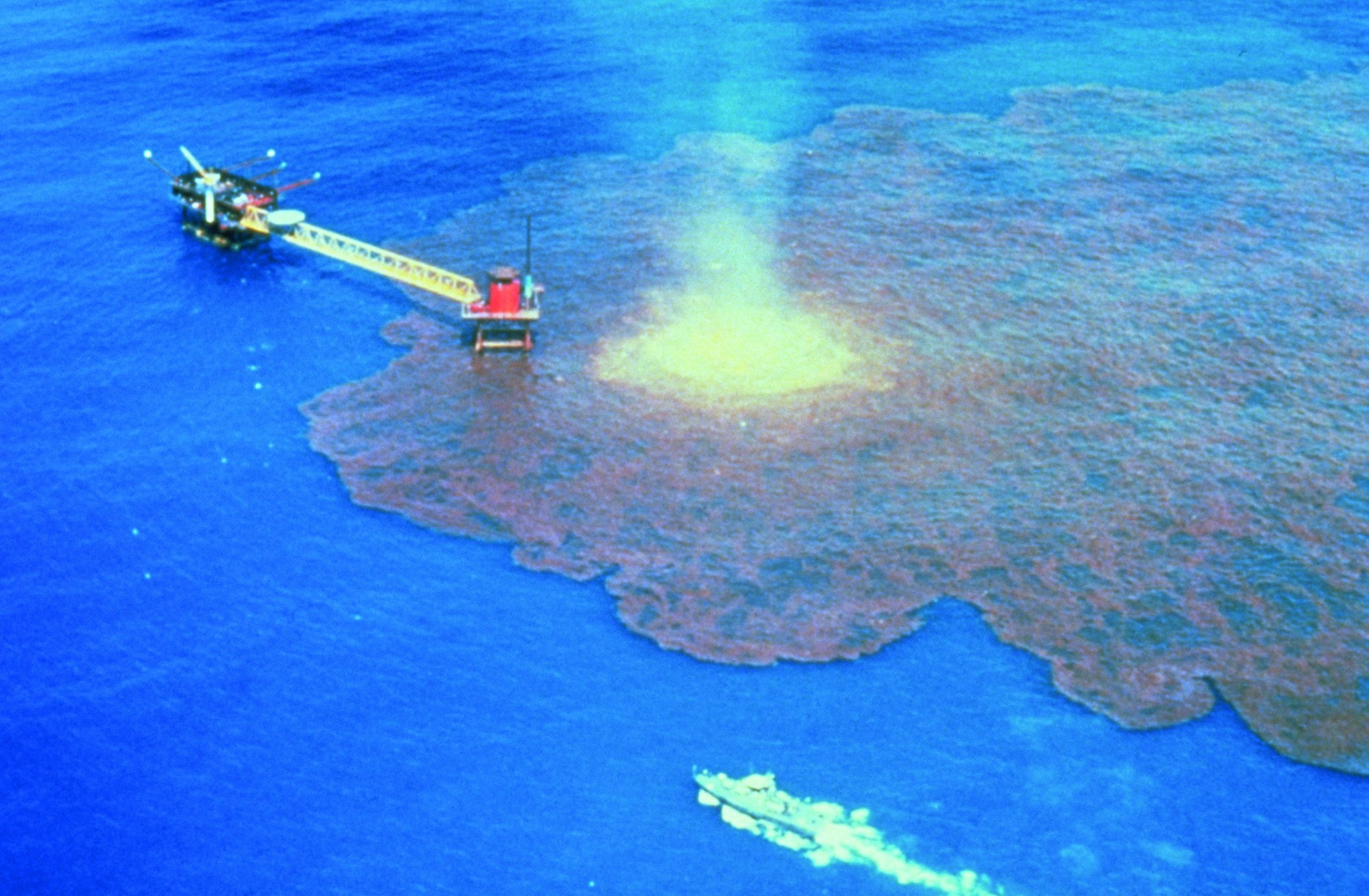 In 1979, a drilling failure led to a pressure-based explosion in the Ixtoc I exploratory oil well in the Gulf of Mexico. The led to the loss of the drilling rig Sedco 135 and one of the largest oil spills in history.
30,000 barrels of oil per day were flowing from the well before any interventions were made.
Adair and his team made several strategic choices to approach the problem from multiple angles. This included: capping the well, applying mud to plug the leak, drilling several relief wells and use of dispersants.
The Ixtoc incident proved that Adair was a wily tactician, capable of applying several different methods in order to achieve the desired outcome.
"Never fear a job, always respect it, and always leave yourself a hind door to escape. May your hind door always be open."

One of Adair's final jobs at the age of 76 was in Kuwait, extinguishing fires in the oilfields set by the retreating Iraqi army following the first Gulf War.

Adair and his team extinguished 117 wells, in a period of only 9 months. Estimates at the time had suggested that this under ordinary circumstances would have taken up to 5 years to achieve. He even spent his birthday on the job.

Upon completion of the job Adair stated:

"Kuwait was easy... we put out the fires with water, just went from one to the other." And when asked about the sizeable fees his team commanded in doing so, infamously remarked: "if you think it's expensive to hire a professional to do the job, wait until you've hired an amateur!" 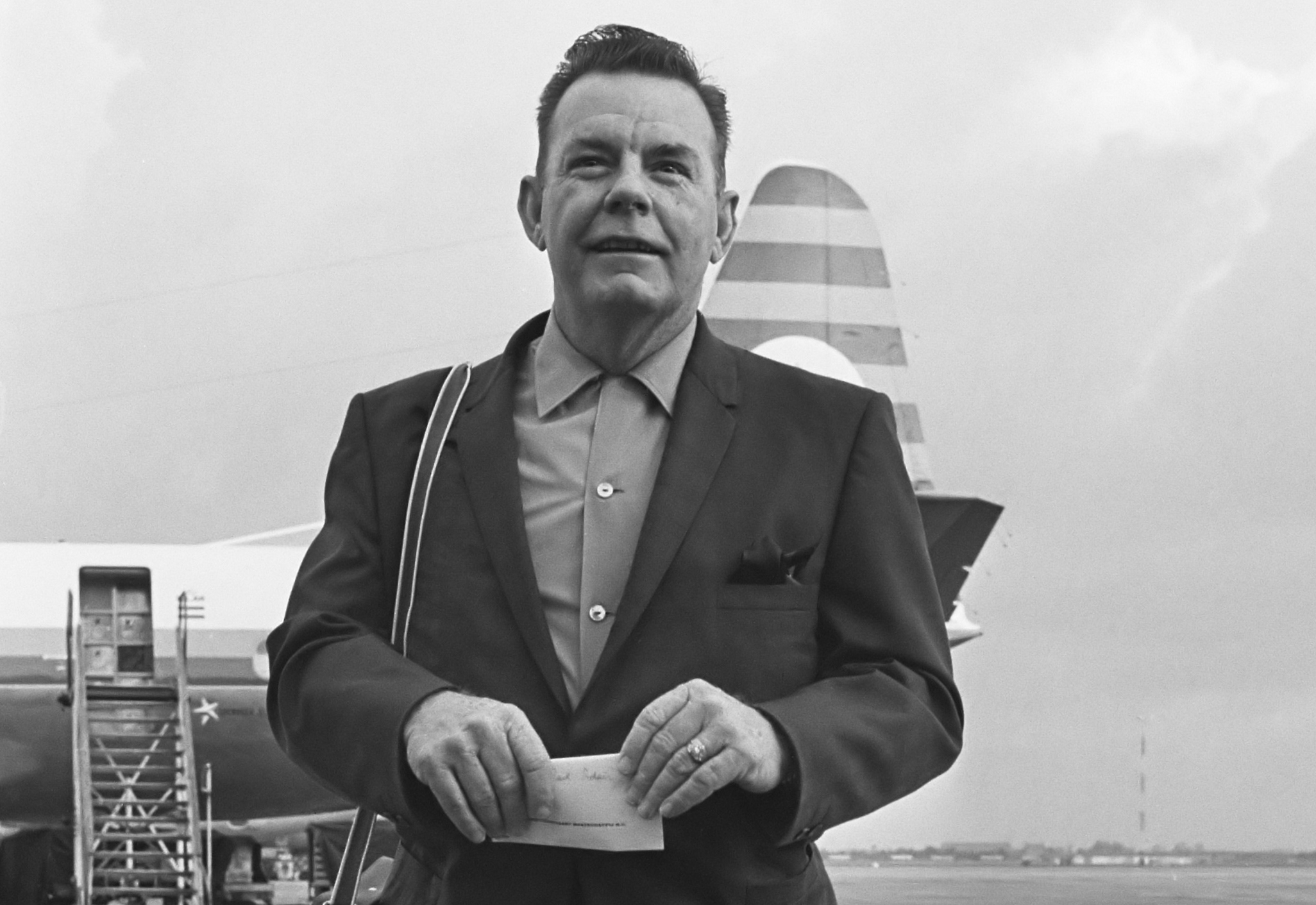 Red Adair is the second Virtuoso Icon. The purpose of this series is to recognise, in unconnected fields and the wider world, those people who represent the values that we seek to embody and those two inspire us to go above and beyond to achieve results for our clients.

Red Adair is a legendary figure in history, but never has his example been more relevant than today. Adair was a true specialist who, in times of crisis, could be called upon to solve a disastrous problem: decisively, strategically and beyond the expectations of what was thought possible by others - all against seemingly insurmountable odds and in stylish fashion.

Principal Liz Ward stated:
"Red Adair is someone that I have always admired since hearing tales of his daring interventions when I was younger. In many ways, he is truly the Virtuoso Icon. Whether it's going up against the odds, acting decisively, or defusing critical problems with strategy and care - these are all attributes that are emboded both within myself and the team at Virtuoso Legal. Aptly as well, one of his most famous quotes is to do with the relative cost of hiring an amateur to do a professional's job - something I can attest to! The mess that a non-specialist causes especially when it comes to highly critical work always, always, always costs more in the long run. During these strange times where many "fires" are raging, myself and the VL team are emboldened to help businesses extinguish them quickly and decisively."