Back to all news and results

On the 12th of October 2019, Eliud Kipchoge (34), the Kenyan marathon runner ran a marathon (26.2 miles) in under 2 hours in Vienna, Austria.  The feat was completed as part of the “INEOS 1:59 Challenge”, an event specifically designed to achieve what has previously thought to have been impossible.

Born in Kenya on the 5th of November 1984, Kipchoge was the youngest of four and was raised by his mother alone. Whilst he was young he did not run seriously, but would run to school daily. This placed him in good stead to begin training seriously. This began in earnest after meeting Patrick Sang (a former Olympian) at the age of 16.

It only took a year for Kipchoge to see success, winning the Kenyan trials for the 2002 IAAF World Cross Country Championships junior race. Another significant early highlight of Kipchoge’s career was winning a gold medal at the 2003 World Championships for the 5000 metre race. This lead to Kipchoge specialising in 5000m for the majority of his athletic career. His successes here roughly spanned a decade from 2002-2012

What was notable about this was that his success in shorter, track-based, athletics was comparatively limited. It was only when Kipchoge began to run longer distances from 2012 onward that the icon as, he is widely understood today, would emerge.

Getting up to Speed

In 2012 Kipchoge ran his first half marathon, in which he earned 3rd place with a time of 59:25, the second fastest half marathon debut. This stood as the litmus test for Kipchoge embracing longer road races, as opposed to the track athletics that characterised his earlier career. This success was followed by his Hamburg marathon debut in 2013 where he bested all other competitors by 2 minutes, setting a course record of 2:05:30 in the process.

Successes would continue to follow (here abridged to marathons for brevity):

*Whilst not an official event, Kipchoge’s “Breaking 2” attempt alongside Nike set the scene for what was to come later, and ultimately etch his name into the history books, forever. 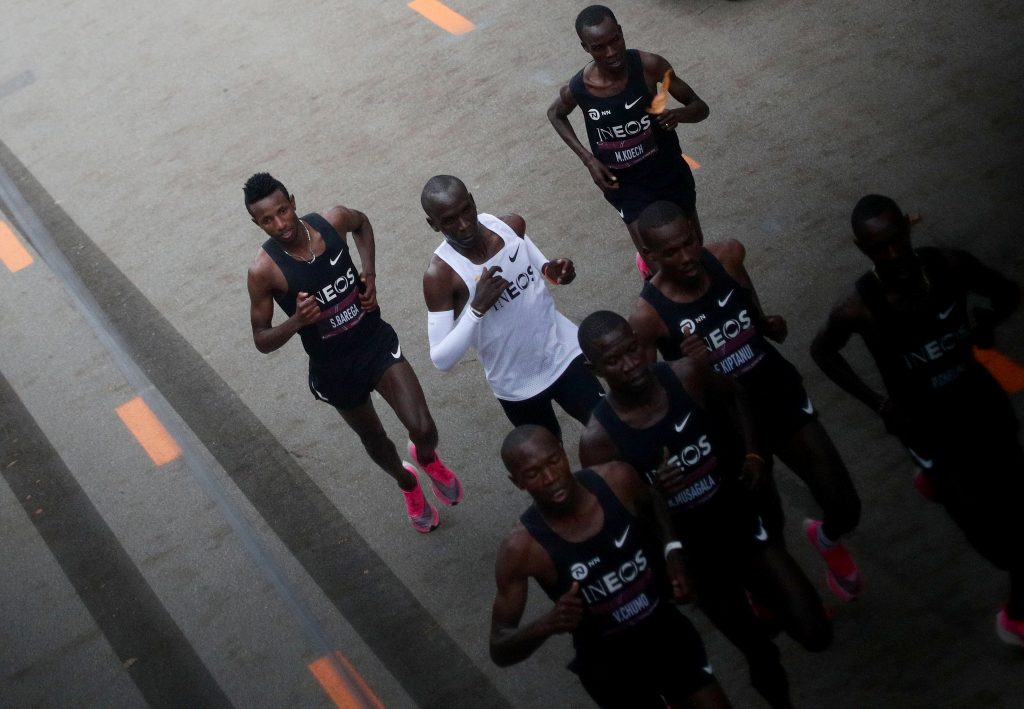 The significance of the “sub-two hour marathon” cannot be understated. In the history of athletics there are not many monolithic achievements of the same magnitude. The closest feat remains Roger Bannister’s attempt at the 4-minute mile. Achieved as a world’s first by Bannister in 1954, the 4-minute mile was regarded previously as a largely impossible feat. That is, until it was achieved. Since that time around 1400 male athletes have now achieved this.

It has been widely noted that once Bannister achieved this feat others – with a new sense of belief and possibility others found themselves able to push beyond what was presumed to be impossible.

The current record now lies at 3:43:13. Far beyond what many thought impossible. Breaking these seemingly unbreakable records not only inspires the crowd watching but has also been seen to inspired other athletes beyond what they thought possible.

Which brings us to the 2-hour marathon. With the official record standing at 2:01:39 (set by Kipchoge in Berlin in 2018) – the sub-2-hour result has always been elusive yet tantalisingly in reach.

In competitive attempts this may remain so, as race conditions can vary and will never likely be optimal.

However, as with the 2017 Nike Breaking2 attempt, an assisted attempt where conditions were optimised could potentially allow a runner to achieve what was previously thought to be impossible.

Enter Eliud Kipchoge. On May 6th 2019 – the 65th anniversary of the four-minute mile – Kipchoge announced that another attempt would be made later in the year.

The INEOS 1:59 challenge was Eliud Kipchoge’s second attempt to run a sub-2-hour marathon under assisted circumstances. This took place on the 12th of October 2019. The attempt was not recognised as a marathon world record by the IAAF as certain conditions were optimised in order assist them attempt.

These exceptions included: lack of competition from others (in a change from his previous Breaking2 attempt), rotating pacemakers who ran alongside him and delivery of hydration via bicycle.

Kipchoge was joined by 41 pacemakers who rotated, setting pace for him. Notably the course had an incline of 2.4 metres over the entire course. Kipchoge finished the course with an official time of 1:59:40.2 – and as such the attempt was recognised by Guinness World Records with two titles: “Fastest marathon distance (male)” and “First marathon distance under two hours”. 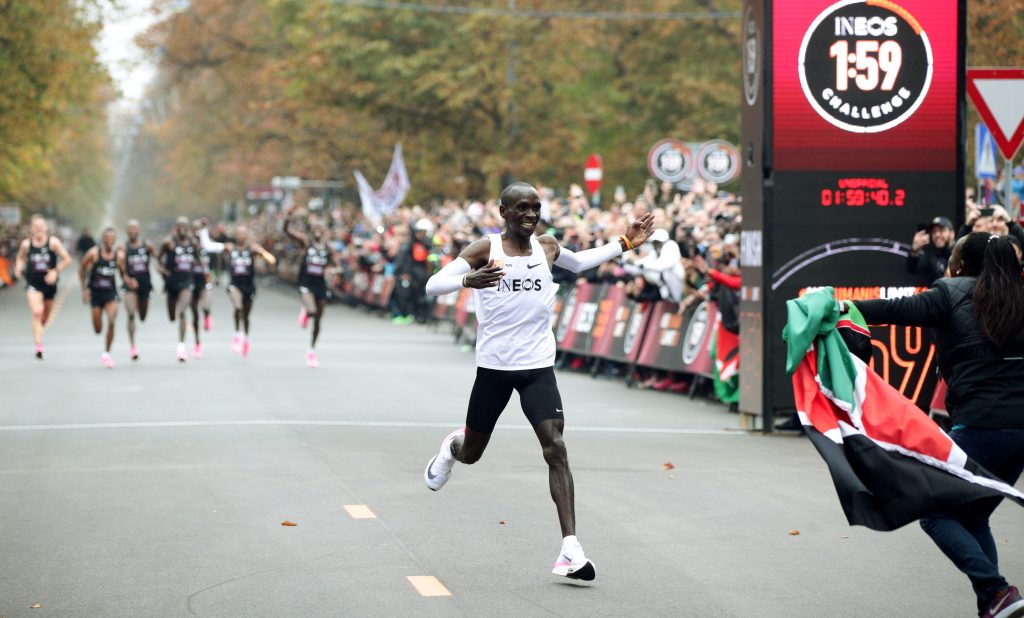 Eliud Kipchoge is the inaugural Virtuoso Icon. The purpose of this series is to recognise, in unconnected fields and the wider world, those people who represent the values that we seek to embody and those who inspire us to go above and beyond to achieve results for our clients.

Kipchoge is truly a singular figure and his successful attempt at breaking the 2-hour marathon time – whilst in certain ways not official – has proven that what was seen to be impossible is only a perception. In optimal circumstances, impossible feats can and will be achieved.

Upon completion of the race Eliud Kipchoge said:
“I am feeling good. After Roger Bannister in 1954 it took another 63 years. I tried and I did not get it – 65 years, I am the first man – I want to inspire many people, that no human is limited.”
Principal Liz Ward stated:
“It took me no time at all to identify Eliud as the perfect Virtuoso Icon. I remember watching his successful attempt live and was riveted to the TV for the entire two hours of the attempt! It’s not often that you witness history unfold and at the ending of the race there was a sense of something bigger being achieved beyond the race result itself. For us at Virtuoso Legal, achieving what many other people say is impossible is what we set out to do so there’s a lot of common ground with Eliud! We’re proud to represent the underdog, to work hard and as a team and to set out to achieve incredible results every time. We’re also firm believers in Eliud’s mantra – no human is limited."