IP Top 10 July: Let’s begin! July’s IP Top 10 is jam-packed with headlines to educate, provoke, and amuse. Taken from around the web we look at some of the stories that commanded the column inches this month.

This month’s IP Top 10 has a host of interesting headlines for your coffee break. Taken from around the web, we take a look at everything else that has happened that hasn’t involved us.

Without further ado – here are the ten stories (in no particular order) that made June’s IP Top Ten.

Dave Meyers is a highly sought after music video director, but increasingly not in the way he might hope.

In previous instances, music artists themselves have come under fire for the inclusion of alleged derivatives and copies of contemporary visual art within his sequences.

“Bad Guy” includes a host of ecclectic scenes which appear very similar to an earlier work created by Maurizio Cattelan and Pierpaolo Ferrari (see comparison below). 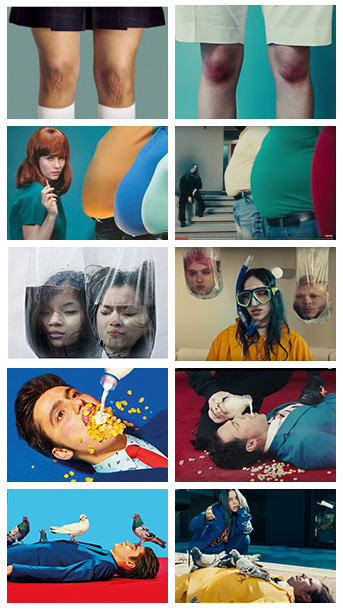 The similarities are both striking and numerous – suggesting that Meyers may well have been “inspired” by Cattelan and Ferrari’s work.

It remains to be seen whether the artists will join others in legitimising their complaint with Meyers in the form of an official complaint.

In previous cases however, the music artists were brought in as defendants in the claim, alongside Meyers’ production company. Not ideal for the momentum of a star in the making.

The Art Newspaper cover this story in more depth.

Flip a coin. If it lands on heads. Kim Kardashian is in the news in relation to intellectual property. She truly is the gift that keeps on giving.

The issue? She had decided to call this brand “Kimono”, which caused *some* controversy.

Firstly complaints were levelled on the use of a culturally significant word by a worldwide superstar – insofar as it would erode a significant cultural term, and cause confusion, for profit.

Secondly it was noted that the traditional Japanese kimono garment is a world away from underwear and is in fact a practical and ceremonial garment associated with grace and modesty.

The Guardian have a good write up of this story

What is your biggest bragging right as a fan of your favourite sports team?

Whether it might be a season ticket, or a visit to a cup final you don’t have anything on Paul Jennings.

As a fan of Sheffield Wednesday Football Club, Jennings took it upon himself to register fan phrase “WAWAW” as a trade mark in classes 16, 25, 34 in June last year.

Ironically, this would give the fan sole monopoly rights over the acronym for “we’re all Wednesday, aren’t we?”

A few weeks ago Sheffield Wednesday first became aware of this, filing for an application to cancel the trade mark.

The BBC look closely at this.

Superstar quarterback for the New England Patriots Tom Brady has sought to get in on the intellectual property game with an attempted registration for his nickname “Tom Terrific”.

Terrific he may be, but the trade mark is not. Whilst he was looking to use the mark for t-shirts, trading cards and other paraphernalia – the name has been used too many times in the past to be registrable.

Unfortunately it might be too late for him to establish a new nickname to run with after having won *six* Superbowls under the nickname.

Tommy Hilfiger’s Flag at Flying at Half Mast

Tommy Hilfiger has sought for some time to register it’s “flag” logo for copyright in the US. However, after two years it was ruled by the US Copyright office that the description that coincided with the application did not reach a threshold of originality required.

It’s noted that originality is typically a low threshold to reach, as such the inability for Tommy Hilfiger to manage this for myriad reasons is in itself quite remarkable.

There is much more in play in this case, which is covered deftly (as ever) by the IPKat.

The Aboriginal Flag is… Privately Owned?

On the subject of flags – did you know that the flag representing the aboriginal population of Australia, is not controlled by the Australian government, but rather privately owned?

In 1971 the flag was declared official, and after several artists sought to claim that they had created it – acknowledgement was given to artist Harold Thomas.

Issues relating to this have arisen recently with a company whom Mr. Thomas had licensed started litigating around unauthorised use of the flag.

This leaves the Australian government at a bit of an impasse – where sensitivity around taking the flag into ownership so that it can be used without commercial risk need to be weighed against encroaching upon the rights of the aboriginal population to control it’s usage.

On a roll with coverage of flag based IP issues is IPKat with another great run-down.

Some people are so iconic, that even when they have passed off this mortal coil, their likeness is priceless. In Italy, where image rights are fiercely protected, this can mean litigation.

In Italy, a court has found that unauthorised commercial usage of Audrey Hepburn’s likeness has infringed post mortem image rights. 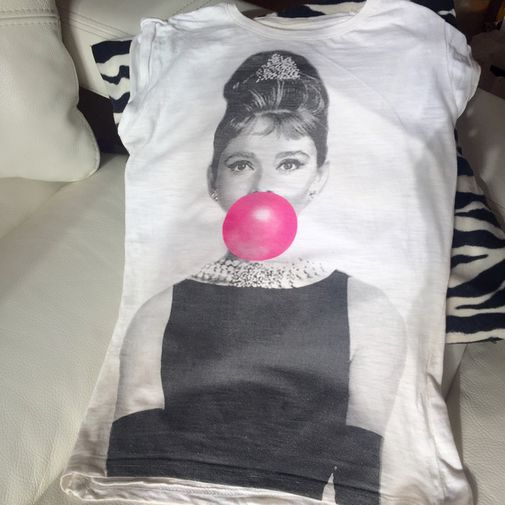 OPUS IP have a great piece on this that goes into additional detail.

jetBlue’s complain surrounded Walmart’s use of “JetBlack” as a name for its personal shopping, which it viewed as a “transparent attempt” to capitalize on jetBlue’s brand.

The airline argued that the similar name would cause confusion – and furthermore that it would cause significant damage to their goodwill.

It remains to be seen how the case will conclude.

Reuters have all the details here.

When registering trade marks, obscenity is a very fine line to negotiate. A current EUTM application for “Fack Ju Göhte” is under scrutiny in the CJEU.

Where before it was firstly denied by the EUIPO with it’s decision then confirmed by the EUIPO Fifth Board of Appeal and General Court – the latest advice from Advocate General Bobek adds a twist to the tale.

AG Bobek has issued his opinion on the matter, suggesting the setting aside of the General Court’s judgment and the annulment of the decision of the Fifth Board of Appeal.

Typically such a decision is reviewed under Article 7(1)(f) of EU trade mark law, wherein a mark can be refused should it be “contrary to public policy or to accepted principles of morality.”

AG Bobek’s decision opinion considered freedom of expression and its role in trade mark law; and public policy and morality as distinct, where before they were viewed together.

AG Bobek’s rigorous analysis of these issues provides some great guidance in the area for those looking for a more risque mark. It remains to be seen how the CJEU will judge as a consequence.

IPKat goes three for three with a sterling analysis of this advice.

Spotify have quickly grown to become one of the big players in the music industry.

But such quick growth does not come without it’s challenges, and a particularly big one for Spotify has been ensuring that their streaming platform has correct copyright licenses in place for the music they have available.

One of the very many cases in point has reached its conclusion in June with Bob Guardio of the Four Seasons reaching settlement (along with another Plaintiff) with the streaming giant through American Court proceedings.

Much has been made of a fairly comprehensive discovery exercise that has formed part of the proceedings – where the Plaintiffs had asked Spotify to produce evidence relating to legal use of thousands of articles of music.

The settlement reflects a change in the music industry that is still catching up with the new modes in which people listen to their favourite tunes.

The Hollywood Reporter cover this well.

And that is it for another month’s IP Top 10!

Special thanks to our intern Marina Forment for her research.

Until the next month!

IP Top 10: June – was written by and edited by Marina Forment and Dr. Martin Douglas Hendry​