IP Top 10: April IP Top 10: April: April was a month that was full of new IP headlines. Whether it was Jaguar getting it’s claws into a infringement case, or David Beckham, Apple and Cadbury taking up the column inches – there was a bit to catch up on. As per usual we’ve selected the 10 stories that caught our eye this month and prepared a summary for you.

UK-based luxury car-maker Jaguar Land Rover (JLR) won a intellectual-property court victory in China last month over a Chinese rival that was making what was determined to be a copycat model. 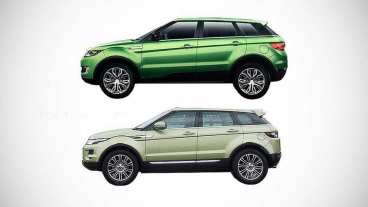 Image from Autoweek: Spot the Difference![/caption]

Jiangling Motors was also required to issue a public statement explaining what it had done.

However, the fight is not over as Jiangling Motors have sought to appeal the decision. But, for the time being the decision will reassure international companies that China’s new IP courts mean business.

Anjie Law Firm’s post on Lexology goes into much more detail about litigation strategy that undepinned this case.

Inter Milan vs. Inter Miami: Who will win the match?

David Beckham is locked in a legal battle with Inter Milan over the naming of his new Major League Soccer (MLS) franchise.

The former Manchester United and Real Madrid star intends to launch his US outfit next year under the title of “Inter Miami”.

This didn’t go down well with Inter Milan (whose full official name is FC Internazionale Milano”. They filed a USPTO application in 2014 in a bid to make the word ‘Inter’ its exclusive brand.

Whilst the prefix is not uncommon, the degree of similarity between David Beckham’s proposed name and Inter’s US registered mark means this one will be going into extra time.

Newsweek have this one covered here.

Double Defeat! Apple ticked off as they lose out to Swatch for the second time in as many months

Earlier this month, a Swiss court handed a victory to Swatch over Apple in a trademark dispute over the slogan “Tick Different’”

In its ruling, the court said Apple had not produced enough evidence to show that its ‘Think different’ trademark was well-known enough in Switzerland to warrant protection.

This high profile defeat was compounded by Swatch’s second victory which followed the month after.

Here, Apple tried to stop Swiss watchmaker Swatch from securing a trademark for the phrase “one more thing” in Australia.

The Australian intellectual property office said Apple could not stop Swatch from registering the phrase because the iPhone-maker had never used it in connection with its products.

Both brands are iconic in their own right, but it will be interesting to see whether Apple bite back in the coming months.

Reuters provide some good coverage of the first decision here.

The Sydney Morning Herald provide a great overview of the latest outcome in Australia.

3D printing has officially arrived and its disruptive potential is becoming plain for all to see.

Don’t take it from us, see what the Institution of Mechanical Engineers have to say about the IP challenges this new technology brings.

The UK Intellectual Property Office (UKIPO) has delivered two damning verdicts after Nestlé opposed three of Cadbury’s trademarks for its signature colour purple in the latest battle of the IP chocolate wars. A third proceeding has entered into the evidence round.

These decisions follow previous attempts by Cadbury to trademark the colour which was previously rejected by both the UK High Court and Court of Appeal.

According to Louise White, comptroller-general for the UKIPO, the main reasons were an infringement section 3(1)(a) of the Trade Marks Act of 1994, (and specifically that the mark didn’t satisfy the key requirements of section 1(1) of the TMA).

In an insult to injury Cadbury were found liable to pay a contribution cost of £1,800 to cover Nestlé’s official fees for preparing statements and attending a hearing.

IPProTI have a good overview of the case here.

It would not be an IP Top 10 without a well known public figure getting into a spot of IP bother.

In this case it is Gigi Hadid who, like many others, has been accused of copyright infringement stemming from an image of herself she had shared on Instagram.

The image had been taken without Hadid’s consent, and her rebuttal to the claim cited “fair use” in her reposting of the image. She also argued that her interaction with the photographer had created a substantive part of the work. Further to this, Hadid’s representatives argue that her posting the image did not “interfere with the photographer’s ability to profit”.

The outcome of the case will be interesting insofar as it may set a precedent for similar cases (and there will be more!) in the future.

Forbes have more details and information about this one.

The company’s Indian subsidiary claims that the growers are cultivating its proprietary FC5 potatoes, which are designed to be lower in moisture than other spuds, without permission.

“In this instance, we took judicial recourse against people who were illegally dealing in our registered variety,” a PepsiCo India spokesman told Reuters.

It seems that even the most humble vegetable can be the source of serious IP conflict.

Business Insider have more information about this case here.

HP has lost an long standing court battle with a Dutch manufacturer of third-party print supplies.

HP claimed that the Dutch company had infringed their patent as a consequence of selling compatible 3rd party cartridges.

After this third court battle, the Dutch company was vindicated.

Channel Web have an outline of this story here.

Huawei SEP appeals to be heard by the UK Supreme Court

The appeals will decide on cases between the two Chinese companies and IP licensing company Conversant Wireless Licensing, as well as Unwired Planet v Huawei.

The case may have an impact on the controversial subject of telecommunications SEPs with the fair, reasonable and non-discriminatory license (FRAND). This decisionwill be essential for the deployment of 5G, and the resulting “Internet of Things”.

IPKat, as always have everything you need to know about the case.

AB’s Patagonia beer packaging includes a silhouette of a mountain and the word Patagonia in bold lettering – notably similar to the outdoor wear brand.

It has also been noted that AB InBev has been selling the brew alongside its own Patagonia-branded apparel in pop-up stores at ski resorts.​