A copy of the judgment can be found here.

Dotcom Retail Ltd (the Second Claimant) is the registered proprietor of UK and European Union for the series of word marks BEAUTY BAY and BEAUTYBAY since 8th December 2006 and 12th January 2010 respectively, in classes 3 and 35.

On the other hand, Beauty Bay Ltd (the First Claimant) is the licensee of the registered trade marks. This company is based in Manchester and operates worldwide selling products through its website and mobile phone app.

The Defendant, Benefit Cosmetic Ltd (“Benefit”), is the UK subsidiary of a global manufacturer and retailer of cosmetics based in San Francisco, USA.

The Claimants issued proceedings for infringement of registered trade marks and passing off against Benefit, because the Defendant was selling a Christmas gift set, which contained in golden letters the sign BEAUTY & THE BAY.

See below images of the front and back of the Christmas product: 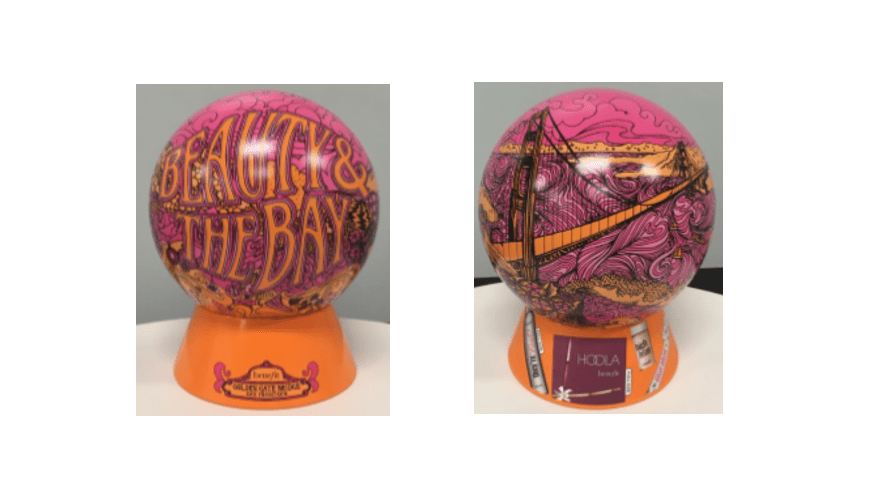 The Claimants argued the Defendant infringed their trade marks under section 9(2)(b) of the Trade Marks Act 1994. The judge then went to consider the conditions that must be satisfied for there to be an infringement from the case of Comic Enterprises Ltd Twentieth Century Fox film Corporation [2016].

Mr Roger Wyand QC stated that only two of the six conditions were in issue in this case: the Defendant contended that there was no relevant use of a sign in relation to goods or services which are identical with or similar to those for which the trade mark is registered and hence that condition (v) is not satisfied. It also contended that there was no likelihood of confusion and therefore that condition (vi) it must give rise to a likelihood of confusion.

Following that, Mr Roger Wyand QC meticulously analysed the notional average consumer; if the conditions were satisfied and the likelihood of confusion.

In relation to the average consumer, both parties have a core target market comprising girls and women aged 16-35 years old, whose products are also bought by friends, partners and family members. The judge held that: “the average consumer is deemed to be reasonably well-informed and reasonably observant and circumspect.”

In relation to the sign in question, the court found that BEAUTY&THE BEAST was relatively large compared to the Benefit Logo, and, in summary, the logo BEAUTY & THE BAY was being used as a brand to differentiate the Benefit Christmas gift from other products, its function being of a “sub-brand”.

Despite the fact that, as Benefit alleged, the Benefit Christmas balloon was sold through Benefit stores and Benefit concessions where the staff was trained to inform the costumers about the products they were buying, the judge held that “it is extremely unlikely that all or even most shoppers would receive such personal attention.” For that reason, he found that there was a relevant use of the sign and condition (v) was satisfied.

In relation to the likelihood of confusion (condition vi), it is said to be a “global appreciation”, which must be judged through the eyes of the average consumer. As the CJEU’s guidance clarify, “a likelihood of confusion covers any sort of economic link between the trade mark proprietor and the third party”. However, the Defendant relied on the line of cases dealing with the validity of trade marks which are used together with a strong house mark, so-called “limping marks” and submitted that the alleged infringement would be viewed as such a decorative stuff. The court was not convinced with the arguments sustained.

What is more, the Court emphasised on the fact that the lack of evidence of actual confusion “was not a determinative factor in this case. In the end it is a matter for me to make an assessment of what impression is conveyed by the sign, taking into account all relevant circumstances.”

The Judge held that there is no likelihood of confusion in this case considering all the relevant circumstances in a global appreciation. Therefore, the Claimant failed in its trademark infringement under Section 9(2)(b) claim.

Under the Section 9(2)(c) and following the criteria established by Comic Enterprises Ltd Twentieth Century Fox film Corporation [2016], the only issues concerned in the present case were (i) reputation, (vii) the link, (viii) injury and (ix) due cause.

Since the judge decided there was no likelihood of confusion, there was no infringement under Section 9(2)(c).

The case in passing off also failed as there was no likelihood of confusion.

Where a claim is brought for trade mark infringement under section 9(2)(b) and 9(2)(c), the Claimant needs to provide the court with sufficient evidence so that the court can assess the impression conveyed by the sign taking into account all the relevant circumstances. Critical to this is a highly technical understanding of all the criteria required in evidence.​

How can we help?

If you need assistance in any of these areas, get in touch with our world class solicitors.