What is trademark infringement?

What is Trademark Infringement? How to protect brands using trademarks

What is trademark infringement, you ask? Here's everything you need to know. 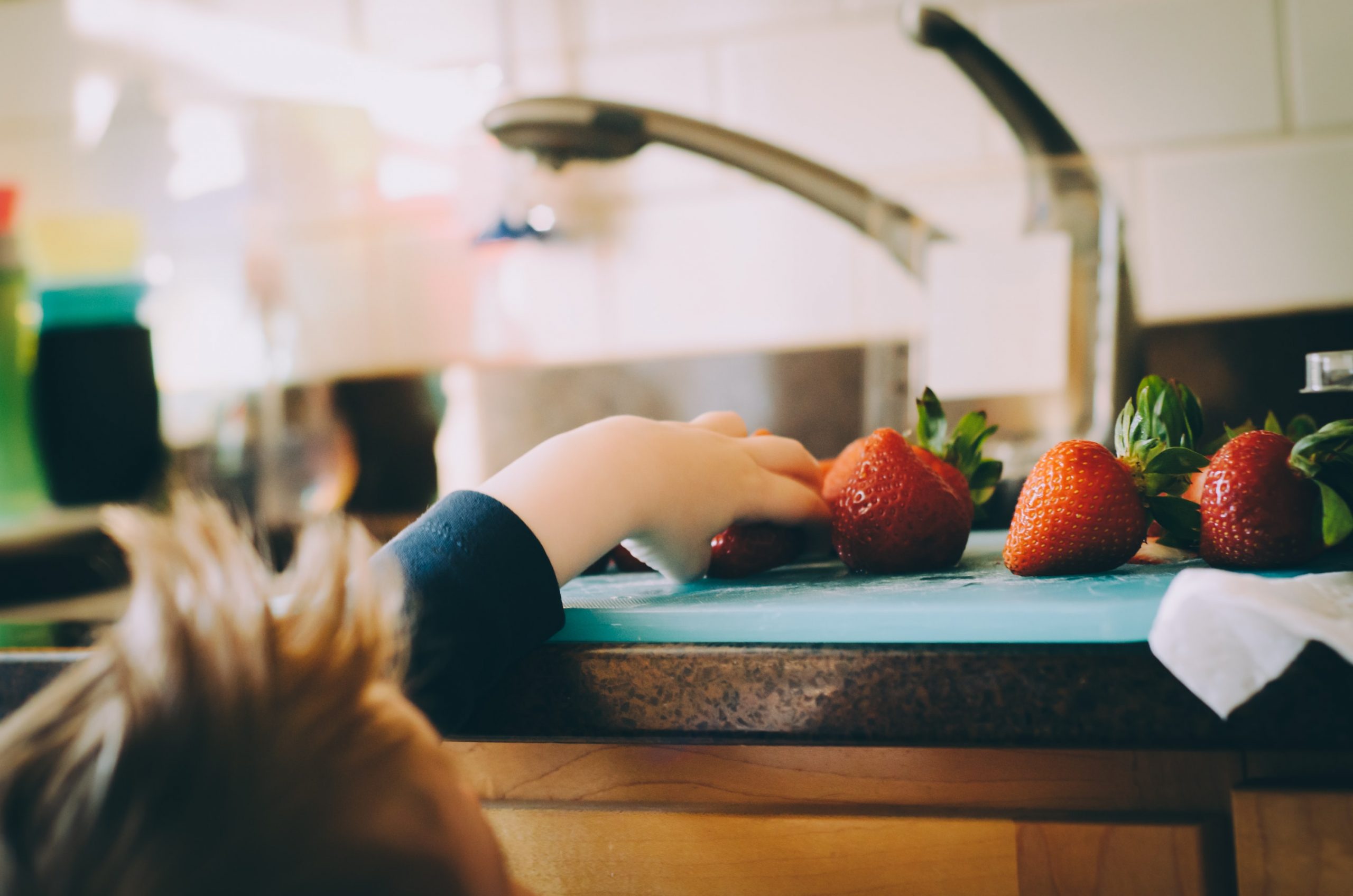 What is a tradEmark?

For example; a pair of Nike trainers likely include a “swoosh”/”tick” mark on their design. This expresses to the buying public that the shoes are made by Nike. Further to this, it would express to the public that the product would be of a quality expected of Nike as a result of their reputation and previous products. It would also express that the shoes were not produced by competitors or that they originate from adidas or other sources. It is important for Nike to be able to use this mark and to stop others from using it in order to protect their ability to distinguish their shoes from others in the market, to the buying public.

Trademarks are registered rights that protect these signs or marks – helping businesses stop others from using them.

In many countries, there are ways to enforce rights over unregistered trademarks. But these are typically more expensive, time-consuming and onerous to enforce. It is important, however, to avoid risking infringing any business’ trademarks (registered or unregistered) where possible.

What Kinds of TradeMarks Are There?

There are many different types of trademarks used by businesses to designate the origin of their goods as their own. Most typically, a company will trademark their company name, but they may also trademark the names of individual products and services they provide.

The European Intellectual Property Office (EUIPO) provides a good demonstration of the different examples here. Trademark infringement can occur when any of these registered types of trademark (or those which are similar enough) have been used without the permission of the trademark owner.

To speak to one of our world-class lawyers if your business is suffering from Trademark Infringment, just hit the button below.

How do TradeMarks Work?

For beginners, there are three main things that you need to know about trademarks:

How does TradeMark Infringement Occur?

When a company has successfully registered a trademark, they are entitled to enforce their monopoly over its use.

Once a company becomes aware that another is infringing its trademark, they may issue proceedings.

Depending on the nature of the infringement, the company may do so for the use of:

There are a number of other factors that may come into play.

In many cases, identical or highly similar marks can coexist in different classifications; or jurisdictions. But there is always a risk, especially where bigger companies who regularly enforce their rights are concerned. As such it is very important to make sure that new trademarks, brands, products and services are not at risk of allegations of trademark infringement. For this reason, if you are looking to launch a brand, product or service in multiple countries (or classifications) it is recommended that you seek specialist guidance.

What Happens When a Business is Accused of TradeMark Infringement?

When a business believes it’s the victim of trademark infringement, it will likely seek to stop this from occurring as soon as possible.

The steps that are likely to occur. in UK law, are as follows:

*Within the trademarks statute there is a provision against “groundless threats” which is a countenance to incorrect claims being made against alleged infringers.

Before contacting the other side it is always important to 1. collect evidence of the alleged infringement and 2. contact a specialist solicitor to review whether a trademark infringement claim can be made. Incorrect claims may result in “groundless threats” being cited and a damages and costs award being granted against the Claimant.

Whether you suspect someone is infringing your trademark, or you have received notice that you are alleged to have infringed someone else’s – it is very important that you contact a solicitor (ideally, a specialist) to identify the facts of the matter.

Not doing so, or ignoring the issue can result in great commercial harm and cost in the longer-term.

To best understand trademark infringement, it is a good idea to look at some examples of how it might happen in the real world. 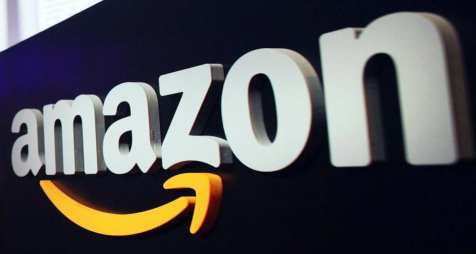 A local book shop run by Steve and Mark which has operated locally in London for 25 years is going through a re-branding exercise. The owners, having being inspired by a recent trip to Brazil, decide to change the name of their shop to “The Amazon Book Shop”. They will also begin to sell their books online. Steve and Mark spend several thousand pounds on new signs, promotions, website changes and a new logo. Steve and Mark pay their designer to make sure that the new logo looks different from Amazon the online store. Within a month, Steve and Mark a letter before action from Amazon’s solicitors saying that they have to change their name back and pay Amazon money for what they made whilst the shop was called “Amazon”. Amazon say this is because by using their registered trademark for the word “amazon” to sell books online – the buying public would be confused and think that Steve and Mark’s book shop is related to them. 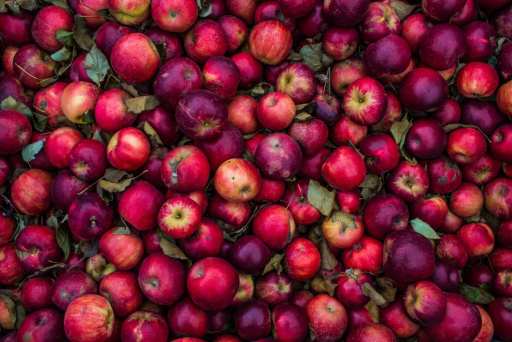 A fresh food producer has recently secured a contract with supermarkets across the United Kingdom. This will see their farm-produce enter into the market at a national level. Previously, the fresh food producer has not sold to consumers but instead produced for other companies. As such, their new products need branding and packaging. The producer decides upon the name “McDonald’s Farm Foods”. This is because he sees that no one else is using the name on the supermarket shelf. After the big release of his new range, the producer receives notification from McDonald’s fast-food restaurants in relation to infringement of their trademark. Whilst McDonald’s notes that their fast-food is completely different from the fresh food producer’s fruit and vegetables – they say it is similar and can result in the buying public being confused. 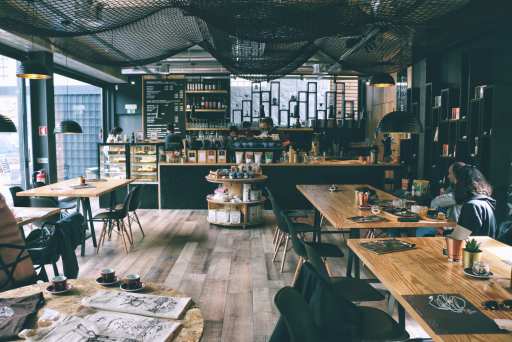 A new pizza restaurant is opening up in three city centres. It is going to focus on offering a range of different pizzas and a contemporary service. It will be family-friendly but also offer a selection of craft ales and table tennis tables to differentiate itself from its competitors The owners of the new chain have a deep sense of irony and have decided to choose a name that is tongue-in-cheek – and pokes fun at their competition. They have decided to call their restaurants “The Pizza Shack”. Within weeks and after the word gets around about the new restaurant concept, and Pizza Hut’s in-house legal team decide that it is too similar to their trademark. They issue a letter before action to the new restaurant’s owners – asking them to change the name, and pay an account of lost profits. 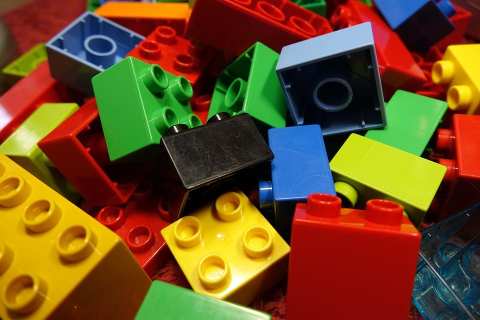 A manufacturer of bathroom cleaning products completes the creation of a range of new innovative products. These products are going to be aimed at the younger market which over the coming years will become the main demographic for the company. The company is focusing in particular on the trend around cleaning up, tidiness and wellness. The new brand will focus on the proactive feeling around cleaning up, rather than its practical benefit. After much back and forth, the branding teams come up with “Lego” – as in “Let’s Go” and create the packaging around this idea. The team do not anticipate any problems from the toy company “lego” as their products are completely different from what Lego sell.

The products are released nationwide and become very popular through influencer campaigns and viral marketing. Soon the company receive a letter from Lego’s solicitors saying that they cannot use the word “lego” to promote their goods, even though they are totally different. This is because they say that even though the products are completely different they believe that it can be proven that there is a high likelihood that the general public would be confused. The company then have to recall all of its stock and destroy it.

What to Do When You Think Your TradeMark is Being Infringed

If you believe that your trademark is being infringed it is important that you act both decisively and carefully. Most importantly, you should not notify the person that you think is infringing your trademark until you are sure of the facts. Making a false claim can be a bad idea and result in a counterclaim under the statute of “groundless threats.”

To do so it is first important to collect as much evidence of infringement as possible. Then, contact a specialist intellectual property solicitor who will look at the evidence you have, and help you identify more you can uncover to establish the extent to which you are correct. Following this, your solicitor will advise upon your next best steps, whether it’s pre-action correspondence or something more substantive. They will also be able to help identify the amount of damages/profits that you can seek to claim back from the alleged infringer – if the claim is valid.

What to do When You’re Accused of TradeMark Infringement

As above, it is important to make sure that when you are notified of alleged infringement, that you do not act hastily.

In many instances, claims that are made can be done on shaky ground. The claim may even be a “groundless threat” and potentially issue a counterclaim. In addition to this, the things that the Claimant ask you to do in their correspondence may be negotiable or (in some cases) over-zealous. as such, a review might find that you are liable for much less than you’re being asked for, or nothing at all. Be wary, however, of any deadlines that are mentioned in the letter. Because if the letter is of merit – these will have important consequences if they lapse prior to reply.

Speaking to an intellectual property solicitor as soon as possible will help you identify the seriousness of the claim made against you, the proportionate response to issue and the best next steps.

Conclusion - What Is Trade mark infringement

In conclusion, trade mark infringement proceedings are some of the most critical examples of intellectual property enforcement. With brands being as important as they are to businesses (whether they cover company names or those of products or services).

It is critical to make sure that those that are used and registered are:

When in doubt, contact a solicitor (preferably an intellectual property specialist) to find out more.

If you have any issues with trademark infringement, then get in touch by clicking the button below.